When it comes to athletic endeavors, CrossFit is erasing the idea that age equals endless aches and pains and an inability to lift heavy weights. These Colorado athletes are showing the rest of us that age really is just a number.

Seven-year owner of CrossFit Broadway in Denver, Jason Kelly was born and raised in New Zealand and formerly played professional rugby. He competed individually in the 2012 Regionals. His Fran time is 2:29.

Ahh it is here!! The #crossfitopen this will be my 8th year competing in the open and hopefully my 6th trip to the #crossfitgames. I have battled a lot over these eight years and come through with a solid record. I wish good luck to all who are starting their journey tonight. This has been an interesting year for me so lets see how that translates to working my way back to the games and back to the podium for a third time!! I will share my weekly thoughts on how I am motivating myself and staying focused. Let's do this. @crossfitgames . 321 bring it @thedavecastro !! #staythecourse #grind #thestrugleisreal #bringiton #readyforwhatever @xendurance @fitaid @rxsmartgear @gatorzeyewear @crossfitgames @sherwood215 @tommymarquez @swoodland53

Robert Davis owns CrossFit Bonedale in Carbondale, Colorado. This is his sixth trip to the CrossFit Games as a Masters athlete. 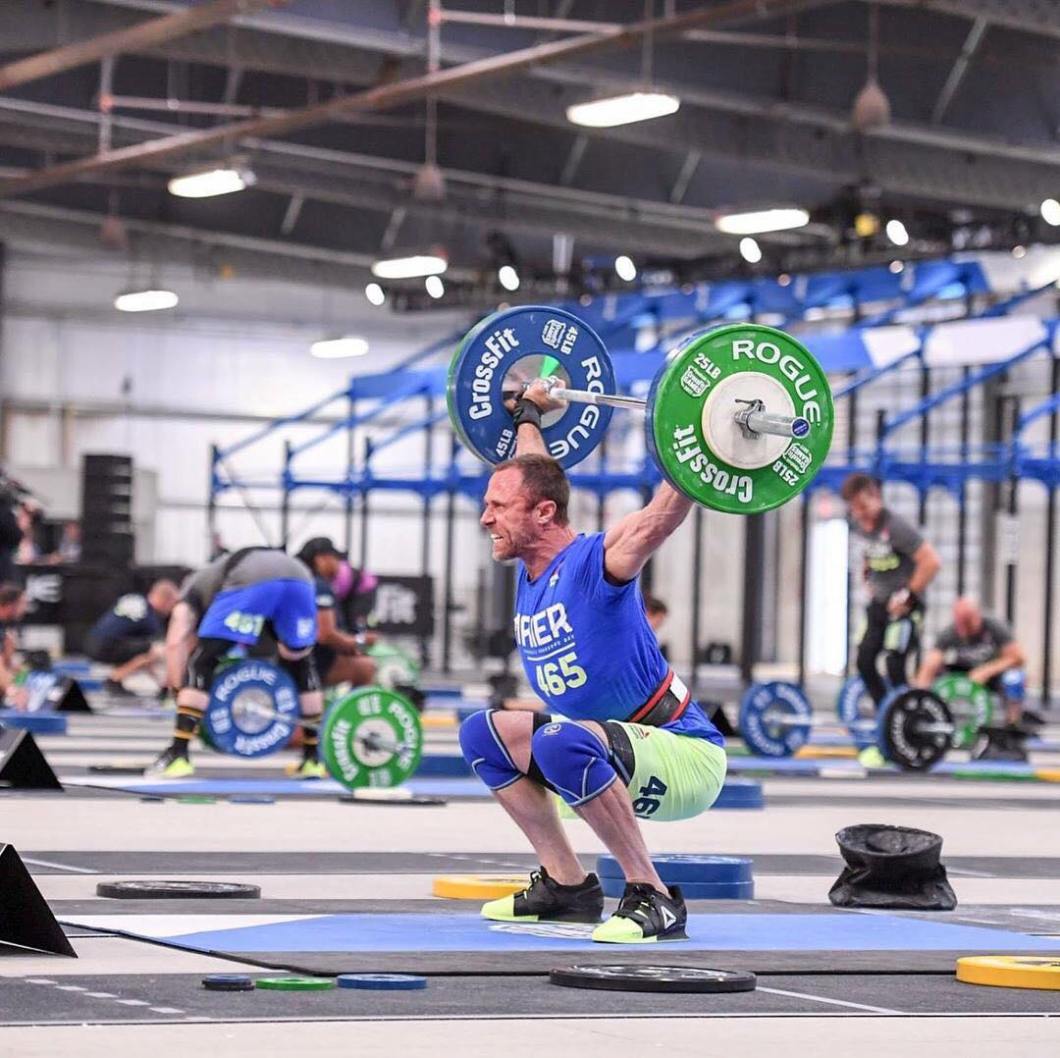 Maier is a U.S. Air Force veteran whose CrossFit resume includes individual regional appearances from 2009 to 2011. This is his fifth trip to the Games as a Masters athlete.

A pilot for Southwest Airlines, Egan’s home gym is BackCountry CrossFit, but he does a lot of working out on the road. Just last week, he was in New Orleans and had to do a 30-minute road bike ride for his training. “I went to a local bike shop to rent one and a local bike courier took me out and showed me the town without getting hit by a car,” he told DBL. “It’s motivating to get out of your gym and see how other people do it.” Egan has been doing CrossFit since 2009. This is his fourth trip to the Games. 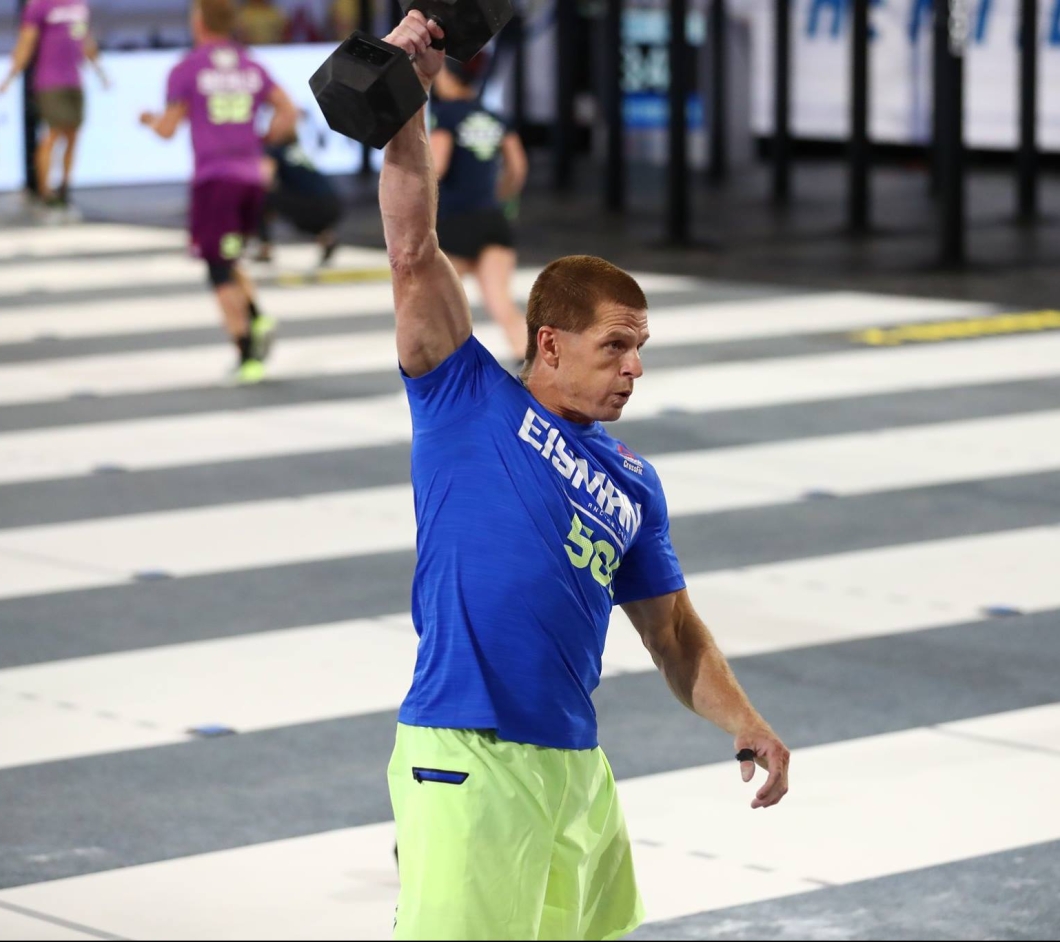 Eisman coaches at Anchor CrossFit in Commerce City and recently opened a supplement retail store called Cornerstone Nutrition and Supplements. He started doing CrossFit in 2013 and went to the Games for the first time two years later, taking fourth place in the 45-49 division. Last year, on his third trip to the Games, he took second in the 50-54 division. “I believe that mental toughness is the key to success in training as well as competing,” Eisman said. “I no longer allow myself to collapse on the floor after workouts, instead using the aftermath of tough workouts as the perfect time to improve mental toughness and stay on my feet.” This will be his last year competing at the Games, so he’s planning to give it everything he has and soak up the experience.

One of Colorado’s two female Masters athletes is a woman whose score of 340 reps on 18.1 was better than 7,886 of the South West region’s male competitors. She coaches at CrossFit SoCo, competed with a team at Regionals in 2012, and has been to the Games multiple times.

Some push press – split jerk from the barstools on a sunny Co day. Helps to pre- fatigue a muscle group in order to force some technique. DIY barstools holding up well!

This year will be Parsoneault’s sixth trip to the Games. He started CrossFitting nine years ago while living in California. “I tried [CrossFit] because a mountain biking buddy was kicking my ass and he said he was training at a CrossFit gym in Santa Cruz,” Parsoneault said. “I was immediately hooked.” Parsoneault lives in the mountains above Boulder where he grows a lot of his own food and raises turkeys, chickens, and quail with the company of his dog, Micco.

Practicing at the Ninja Factory with my @brute.strength coaches. #masterscandothisstuff #crossfit

The second of Colorado’s female Masters athletes, Prodromides is a 57-year-old physical education teacher from Grand Junction. A former bodybuilder, Prodromides went to her first CrossFit Games in 2011, just a year into the sport. This will be her seventh Games appearance.

A rancher, former high school teacher and wrestling coach, and inductee in the National Wrestling Hall of Fame, Cherrington was introduced to CrossFit in 2012 and now owns Stand Firm CrossFit in Granby. “I started using CrossFit with my wrestlers and saw a tremendous improvement in their strength and conditioning,” Cherrington said. “The biggest bonus, however, was that they loved the CrossFit workouts that we did in practice—suddenly conditioning was fun and competitive.” Cherrington prefers long, grinding workouts and considers Games workout short. This is his second trip to the Games and he hopes to improve on his seventh place finish in 2017.

The Colorado Guide to the 2018 CrossFit Games